This past week was absolutely gorgeous out. We spent pretty much everyday outside! We also checked out a new park … Colby Park in Windsor Heights. 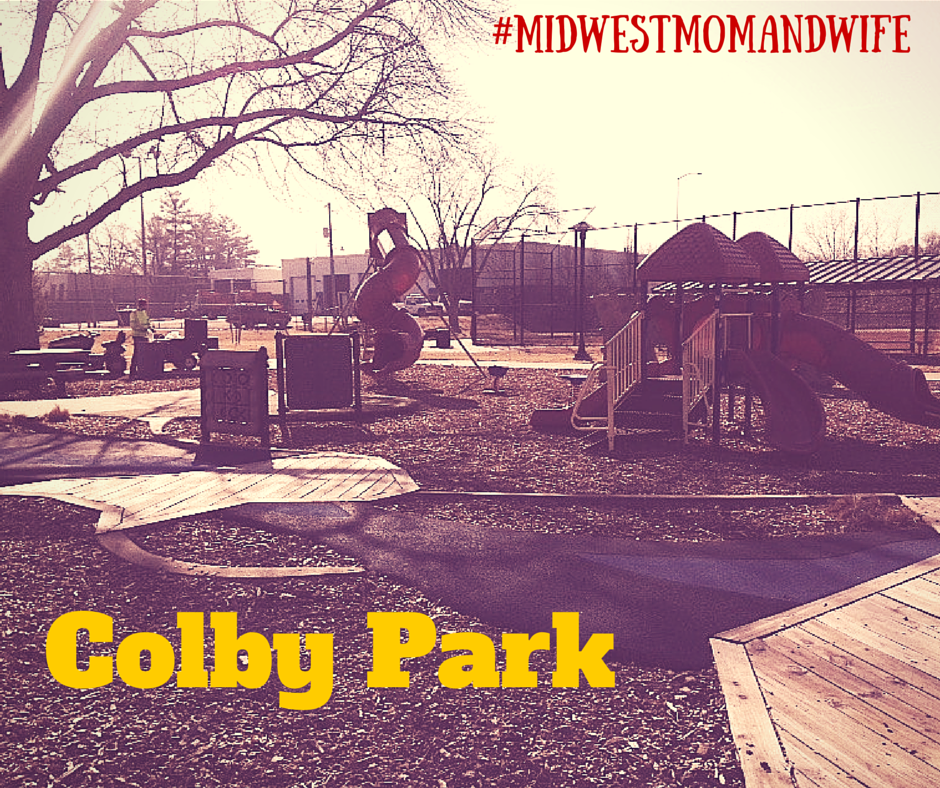 Colby Park is an awesome park and has a lot to offer. It is nestled behind the Wal-Mart and in a residential neighborhood. It’s exact address is 69th and School Streets.

There are LOTS of slides and two separate playgrounds to play on. There are also lots of swings, items to sit and bounce on, and a climbing wall! 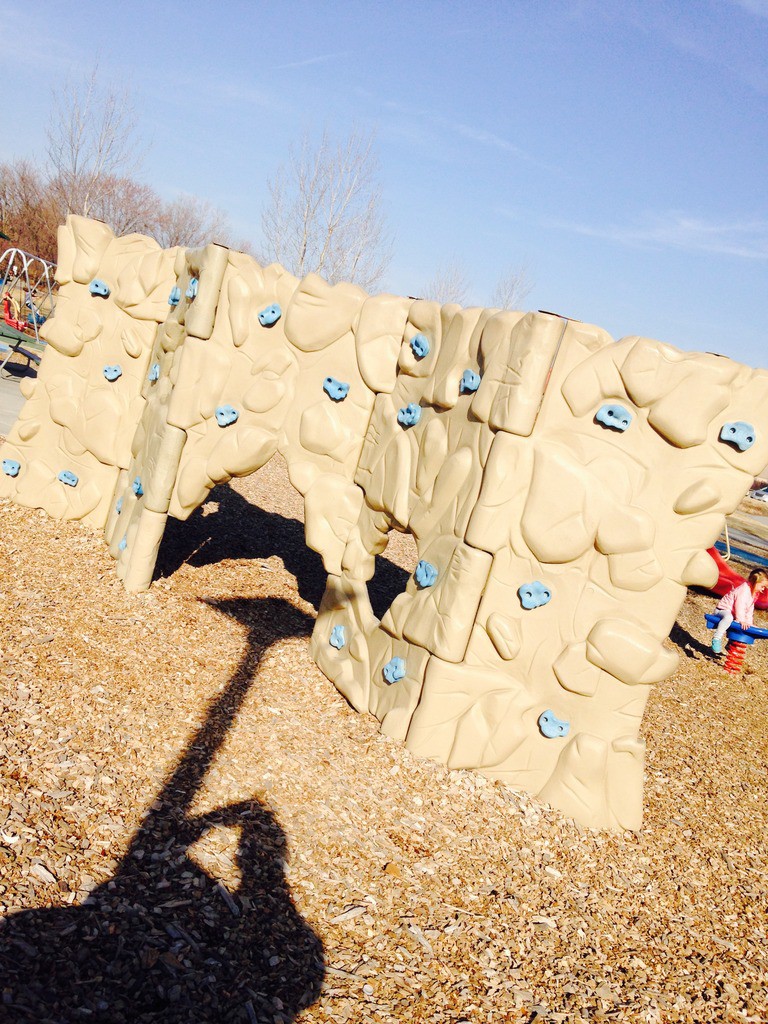 I love the amount of open fields there are and picnic tables available. It is a perfect park to spend the entire day! Pack a lunch or snack! There is also a tennis court and baseball diamond available to play on, if you get tired of playing on the playground.

Another awesome feature is the Walnut Creek Trail that leads into the park. After you are done playing, you can get on the trail and go exploring! You could even ride your bike! If you follow the trail underneath the interstate, you will go by a special dog park. So make sure you bring your furry friend with you!

Colby Park is the main park for Windsor Heights and hosts lots of events through out the year. You will also find the Windsor Heights Community Center, which is HUGE and beautiful. You can rent this facility for a fee. It is a great place to host wedding receptions, birthday parties and more! On the back side of the center, are the bathrooms which our clean and very nice to use when you are at the park! I felt very comfortable taking all the kids in there for potty breaks 🙂 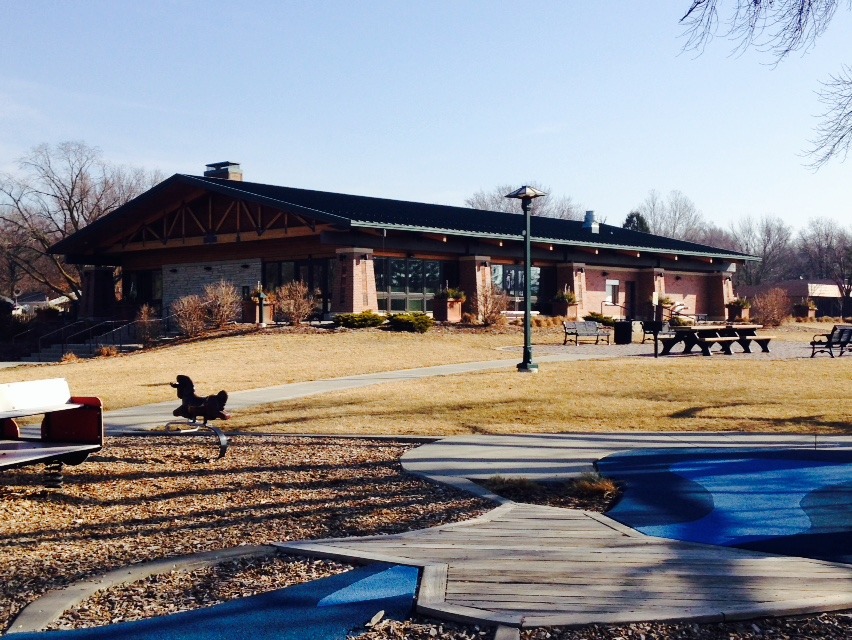 There is soo much to do at Colby Park. Lots of playing and exploring can be done. Even babies have fun too! 🙂 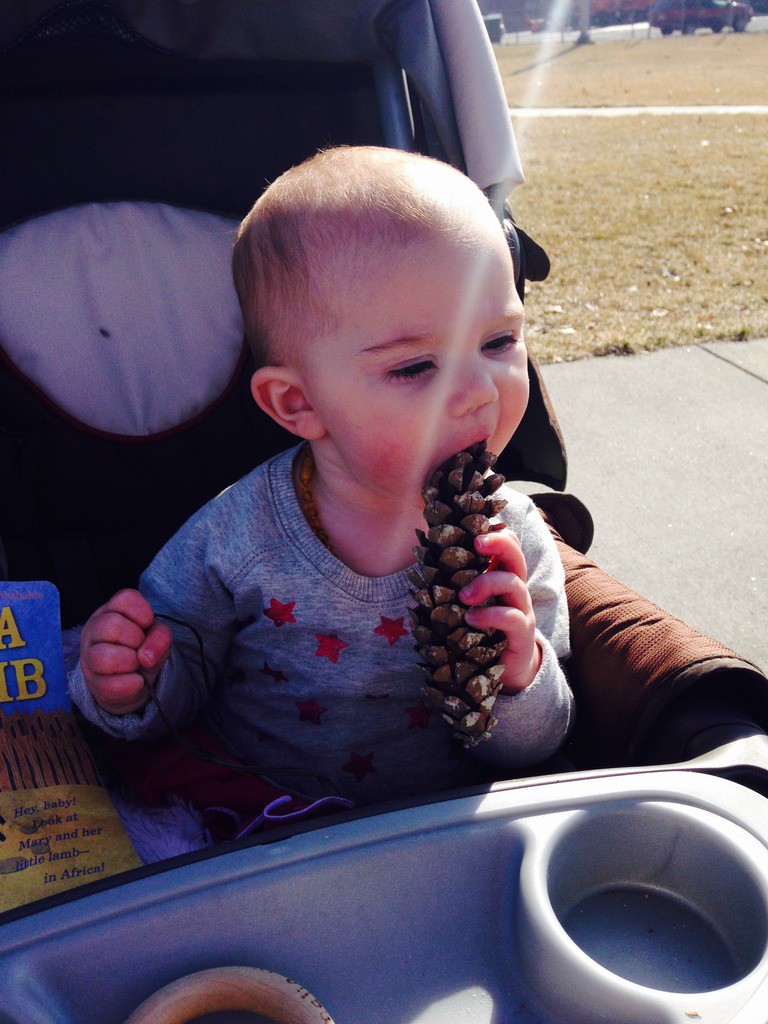 Make sure to put Colby Park on your bucket list to check out this Spring and Summer! 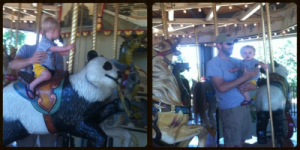 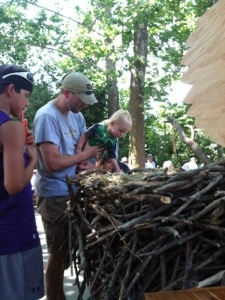 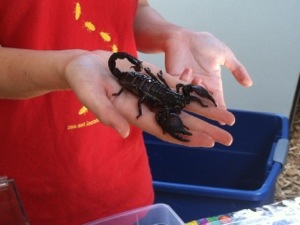 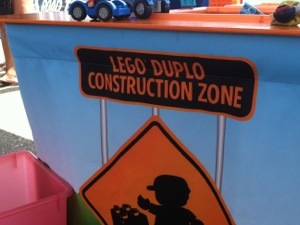 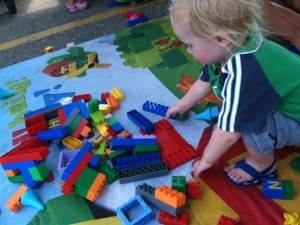 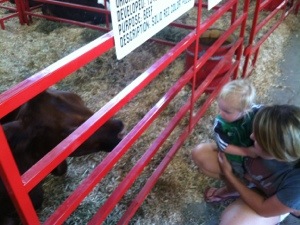 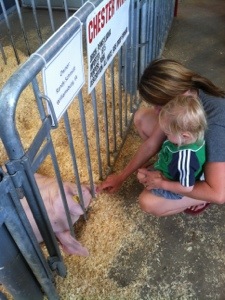 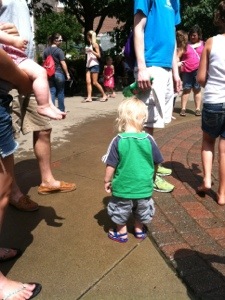 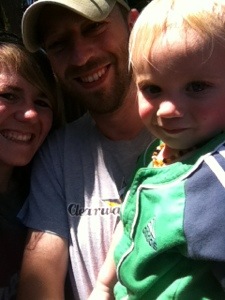 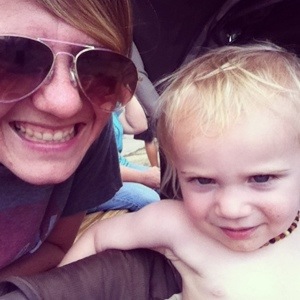