Becoming a parent and bringing a newborn into a house is challenging enough on its own, but adding a four-legged child into this situation comes with its own set of unique obstacles. There was a recent advertisement from the internet powerhouse Amazon that took a look at this problem from the dog’s point of view. 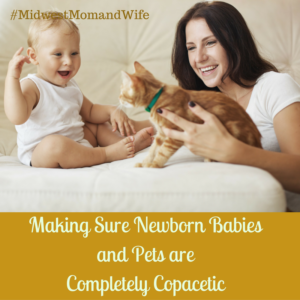 In this thirty-second short, a golden retriever feels alienated when a toddler is more interested in playing with a stuffed lion and goes off into a corner after the baby cries when the dog attempts to connect with the small child. When the father sees this occur, he places an order on Amazon, and later receives a package that contains a lion’s mane for the dog to wear. This is enough to get the toddler to connect with the canine.

This is a perfect example of how to ease these two strangers into a more comfortable environment together. Here are some tips on making this transition as smooth as possible.

Before The Bundle of Joy Arrives

If you haven’t already done so, think about crate training your animal, which is a relatively simple process. That way your pet will have their own space where they feel safe and have a place to retreat if they feel threatened. Before the baby arrives:

You’ll also want to instill a no begging policy and teach them to stay away from food that doesn’t belong to them. This will help avoid them snatching food out of a toddler’s hand and the possibility of them eating unhealthy foods that are dropped, discarded or end up on the floor.

Most of these tips and tricks are canine orientated, but they certainly apply to cats in these situations, but dogs can’t usually leap into a crib as easily as a feline. Be sure your cat is supervised when they’re in the nursery and don’t leave them along with the infant. 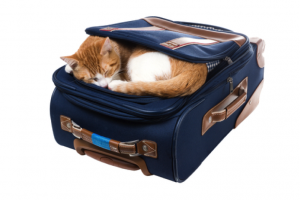 Babies will turn into crawlers quickly, so be sure the litter box is in an area they can’t come in contact with it, even for short periods of time. If you must move the box before the baby arrives, it’s recommended to do it slowly, in two or three-foot increments at a time over the course of several days or weeks.

When the big day arrives, you may want to come into the house first without the child and warm up to your pet without the infant present. Introduce the two slowly with at least two people present and you may want to keep them separate for the first few hours while they adjust to the concept. 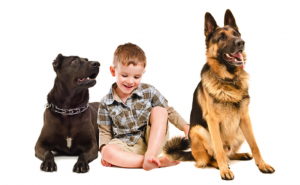 Keep your pet on their same schedule and don’t exclude them from their normal activities. There will likely be a little bit of jealousy and weirdness involved at first when introducing a newcomer into an existing family environment, but it doesn’t have to be that strange if we can follow some of these simple guidelines. We’re all family and we should treat each other with equal amounts of love and attention so no one feels left out.